Teaching in a One-Room Schoolhouse

Teaching in a One-Room Schoolhouse

In the one-room schoolhouse the teacher was the principal, custodian, nurse, counselor and occasionally the cook. In the early days of education in Ohio, teachers were as young as sixteen--not much older than their oldest students. Most did not attend high school, but finished school through the 8th grade. There were no high schools in Westerville until 1874. The first graduates had to attend for only two years--it was not a four year program.

Students and their teacher near a one-room school that was on Schrock Rd. across from where Villa Milano is currently located. Circa 1900

Arriving early in the morning, the teacher would be responsible for unlocking the school, sweeping the floor, and lighting the fireplace or stove to provide heat. Some teachers had the help of older students to assist with these chores. Older students also would be asked to fetch a bucket of water from any nearby well. This provided the drinking water for students during the school day. When it was time for school to start, usually at 9:00a.m. at local schools, the teacher would ring a small bell and the students would line up and march two by two into the building. Some schools had a piano near the teacher’s desk and she would play music for them to march into and out of the school at the beginning and end of the day.

Lists of students preserved from the Hickory Point School on Sunbury Road show that the youngest students were age five and the oldest seventeen -- all in a school with grades one through eight. The teacher was responsible for preparing lessons for all grades. She taught reading, writing, spelling, and arithmetic to the younger students and older students studied those subjects as well as history, geography, grammar, and physiology (the study of living things). The classroom was filled with has many as 30 students working on different subjects at different levels. Some schools had as many as 80 students jammed into the single room. The teacher was like a conductor of an orchestra leading all the different types of musical instruments, but the members of the orchestra, the students, were all playing different pieces of music at the same time.

Because there were no televisions, no movie theaters, and no computers, the townspeople looked forward to the programs at the one-room schools planned by the teacher and featuring performances by the students putting on plays, reciting poetry and sharing songs. These programs were held in the evening and all adults who lived in the area served by that school would come to be entertained. All the seats would be filled. The audience would be standing along the walls in the small room and even looking in through the windows from outdoors. Programs were held to celebrate special days like Presidents’ Day in February and Arbor Day in the spring. These programs were one of the most important things that a teacher worked on with her students. If the program went well and the community liked it, that was a guarantee that the teacher would be invited back to teach for another school year.

The teacher was responsible for all the discipline in the school. Students were required to be silent unless working with the teacher or assisting another student. All students were required to raise their hand if asking or answering a question. They had to stand when the teacher called on them. If a student did not follow the rules, punishment could be harsh ranging from being struck with a wooden paddle to being hit on the knuckles with a ruler. Standing for a long period of time in the corner of the room looking at a wall or sitting on a stool in the front of the room wearing a dunce cap were other punishments for misbehaving students.

Some small communities did not have a place for the teacher to live, so he or she lived in the homes of the students. The teacher might move from home to home all school year. Miss Nina Williams, a teacher at the Harbor Road School on Cleveland Ave, lived with one student’s family for two years and then moved to live with another student for the next two. You probably did not want to get in trouble at school knowing that your teacher would be eating dinner with your parents every day.

Would you like to be a teacher in a one-room schoolhouse? Why or why not?

Teaching in a One-Room Schoolhouse (Books)

A day in the life of a Colonial schoolteacher

A day in the life of a Colonial schoolteacher 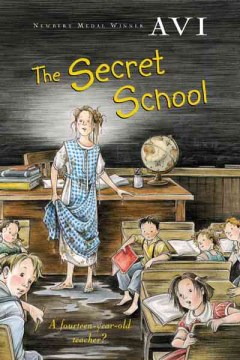 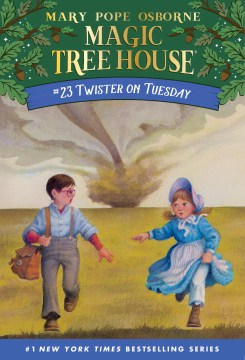 Teaching in a One-Room Schoolhouse (Websites)